Here at Spalding Indoor Bowls club we are fortunate to have one of the most effective and successful junior sections in the country.

Our team of highly qualified and dedicated coaches and experienced players offer expert coaching in a competitive but fun environment.

Over the years many youngsters who began their bowling careers in our junior section have gone on to play at county, national, and international level. Beginning their development at our Saturday morning sessions they have progressed through the ranks of the club to become respected players across England. The club currently supports international players of all ages and gender varying from under eighteen to the highly coveted honour of representing the country at senior level. The club also has won great honours winning the national U25 Club title in 2003/04, and again in 2009/10 and were runners up in 2010/11 & 2011/12. Many of the players involved in these two accomplishments also represented their county in winning the County U25 national championship in 2003/04, and 2006/07. The strength of our coaching here at S.I.B.C. can be proven no greater than four of our ladies all aged 25 or younger at the time became the youngest ever rink to win the Ladies National Fours title, taking down some of the country's finest lady bowlers on route to victory. All these players will admit that they could not have achieved all of this without the advice and skills learnt in our junior sessions.

Other successes include Jordan Philpott twice being runner up in the U18 National Singles and Ruby Hill being U18 National Singles Champion. Jordan along with Ruby were selected for our very strong Top Club Team in 2014/15, the team going on to become National Champions more than once since.
Jordan is a current England U25 International and for the October 2022 series will also have the prestigious honour of England Captain.
Ruby is still not finished there, not only was she an Under 18 International, the club are very proud, although not the indoor code, that she was selected to represent England in the Youth Commonwealth Games in Samoa. Although just missing out on a medal, what an experience for a 15 year old!
Very recently, Ruby has added the National U25 Womens Singles title to her ever growing list of honours. She will now represent England in the British Isles Championships in Ireland in October 2022.

The club also enters a County U18 league in which they have been victorious on many occasions, providing a stepping stone for juniors wishing to take the game more competitively and to enter the Senior Teams when the time is right.

The junior section is regarded as one of the most important components of the club, and hence should look like it to. Thanks to generous sponsorship from W.H. Brands Chevrolet Motors, all those who attend the Saturday morning sessions and become a member of the club are loaned a club shirt, worn by all ages when representing S.I.B.C. free of charge.

Throughout the season youngsters are given the chance to enter junior competitions with the finals being held alongside the senior competitions on our finals weekend. This gives them the chance to show off what they have learnt over the year in front of a large, supportive crowd which they never fail to impress.

If you are interested in seeing what we do, or want to join us in our fun come along on Saturday mornings 8-45am to 11am, all equipment is supplied. Bring yourself and your enthusiasm, come and enjoy this wonderful sport. You will not be disappointed. 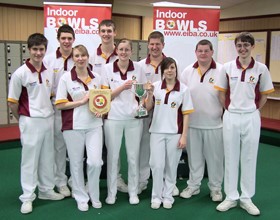